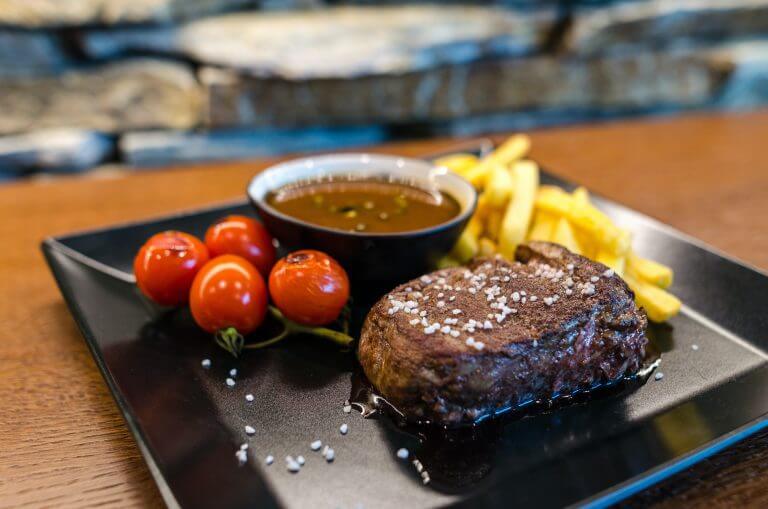 Cooking with Himalayan salt – do you know what to do?

Cooking with Himalayan salt is no longer just for chefs in fancy high-end restaurants.  More of us are now willing to experiment in the kitchen and add a dash of flair and flavor to our own home cooking.

With a wide range of salt products on the market it can be a bit confusing as to which salt you should use – Himalayan pink salt or Sea Salt – or even Sea Salt or Table Salt – what is the difference anyway?

Do you want to understand the difference between Himalayan pink salt and Sea Salt?

Are you unsure which salt you should choose? In fact what is pink Himalayan salt used for in cooking?

Let’s have a look and see if we can shed a bit of light on your dilemma regarding cooking with Himalayan salt..

What is the difference between Himalayan pink salt and Sea Salt?

What is Sea Salt?

Sea Salt has been obtained through the process of evaporation of ocean water or saltwater from the seabed or large salt lakes which leaves behind white salt crystals.  These are harvested, left to dry naturally, and then packaged.

Sea Salt undergoes minimal processing which helps it retain its large crystalline shape and should not be mistaken for table salt which is mined from the ground and undergoes several refinement processes, including the addition of anti-caking agents which are added to help with the flow of the table salt.

Sea Salt is a more natural product than table salt and includes 72 trace minerals including iron, potassium, and zinc, with darker hues including more impurities than a bright white product.

What is Himalayan pink salt?

Pink Himalayan salt is mined by hand from the Khewra Salt mine in Pakistan, near the foot of the Himalayan Mountains. It is believed the salt beds were formed over 250 million years ago during the Jurassic era when the Indian tectonic plate and the Eurasian plate collided.

Can Himalayan pink salt be used in cooking?

Himalayan pink salt can be used in the same way you would use Sea Salt, with one small caveat.  It can be used in cooking and baking, as a garnish, or as a seasoning, but always remember that it has a higher mineral content than your regular salts so will affect the overall taste of your dish.

Chefs around the world enjoy using Himalayan pink salt, especially as a garnish, as it is particularly attractive due to the pink-colored grains of salt compared to the fine white grains of Sea Salt.

Absolutely! Himalayan pink salt can be used as a seasoning for most meats and will help steak retain its flavour as the salt will absorb the juices during the cooking process.

As the Himalayan pink salt has a slightly larger crystalline structure than Sea Salt or table salt it can bring an added crunchy texture to your steak.

There are many reasons to use pink salt when cooking, but have you tried cooking on a salt plate? Cooking with Himalayan salt block, or also known as a Himalayan salt plate, can add natural flavors during the cooking process.  The blocks contain 84 natural trace minerals which are slowly released when heat is applied. They come in various shapes and sizes and can be used on stove-tops, grills and BBQs making them extremely versatile.

If you have never tried cooking with Himalayan salt, now is the time to try.  With so many products on the markets, from pink salt gourmet sets to stylish pink salt blocks, there should be something there for you to choose.

There are many recipes available that use Himalayan pink salt as one of their ingredients – why not pop on over to the Salt Recipe section to find out more.

Or if you would like to buy some Himalayan pink salt why not have a look at our Salt Products section.