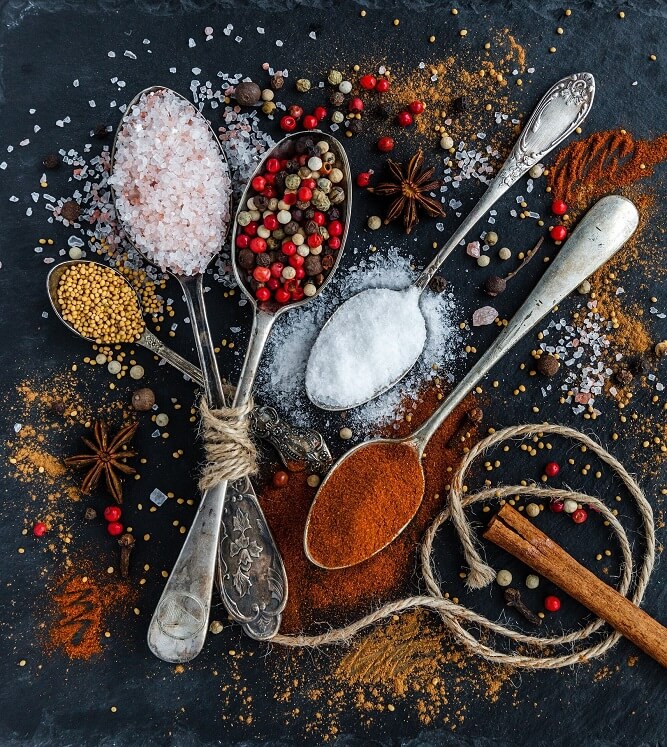 How many types of salt are there – varieties and sources

How many types of salt are there and where does salt come from? Read on for salt facts – varieties and sources.

To most of us salt is something we take for granted. We use it daily to sprinkle over our food, or when we are cooking. We also use salt when we are preparing or preserving food.  But how many of you actually know what salt is and where it comes from?  Let’s look at salt facts – varieties and sources. Salt is actually a mineral, made up of a crystalline structure, commonly known as sodium chloride (NaC1).

How many types of salt are there?

Well, let’s start at the beginning.  Where does salt come from and how many different types of salt are there? There are actually only 2 main natural sources of salt – sea water salt and rock salt.

Salt facts sources – What is the main source of salt?

Salt is a mineral primarily composed of sodium chloride and is present in vast quantities in seawater.  Salt crystals are produced by the evaporation of seawater or mineral-rich water from shallow pools which leaves behind salt crystals.  Seawater salt is less processed than refined salts, such as table salt, and it also retains more trace minerals.

Rock salt forms deep underground and is a result of underground waterways that have dried up. They form in large deposits and are generally colorless or white although other coloured varieties of rock salt are known to exist.  These range from light blue, dark blue, pink, red, orange, and even yellow or gray depending on the inclusion of other materials and impurities.

The world’s largest salt mine is half a kilometer under Lake Huron in Ontario, Canada.  It produces approximately 7 million tons of rock salt each year, all extracted through mining.

What are the different types of salt?

Now that we know there are only 2 main sources of salt we can split these down into 4 common types of salt.  And later on, we can have a look at the different varieties of salt on offer, from salt for cooking, and food preservation, to salt lamps and skin treatments.

We will also look at the health benefits, possible side effects, and different ways to use each salt remembering that all these salt products have their own unique characteristics.

Let’s start with the one that we all know – table salt.  This salt is produced through mining or taking ocean water and removing the excess water through evaporation leaving behind salt crystals.  These salt crystals then go through a further stage of processing where anti-caking agents are added to assist with the flow of the grains.  This further alters the salt crystals from their original natural state.

Later on we will look at what are the best types of salt for cooking.

Fleur de Sel is a hand-harvested salt which is formed when seawater evaporates and leaves behind a very fine, delicate crust on the surface.

It is a natural product, and is only produced under certain weather conditions.  As the harvesting process is very hands-on and labor intensive it can merit a premium price versus other salt products.

As the name suggests it comes from France, mainly Brittany, with the name Fleur de Sel translating as ‘flower of salt’.

Due to its strong flavour, and premium price, it is best used for garnishing

Himalayan pink salt is rock salt.  It is mined from the Salt Range Mountains in the Punjab region of Pakistan and can contain over 80 trace minerals.

The Himalayan pink salt gets its name from the striking pink-coloured grains of salt.  The pink color is due to the amount of iron oxide and trace minerals contained in the salt, the finer the grain the paler the pink coloring.

Kosher salt has a flaky, coarse structure that helps draw out the blood from the surface of the meat.  The salt is not iodized and normally does not go through the process of having anti-caking agents added.

(Definition of kosher: prepared or kept in conditions that follow the rules of Jewish law)

Think of the refined table salt mentioned earlier but sea salt is actually a salt that has not been processed.  The excess seawater has been removed leaving behind salt flakes which are generally larger than refined salt.  This type of salt contains trace minerals including iron, potassium, and zinc.

If you would like to find out more about salt why not check out our articles in the Salt Facts section?  Ready to explore a bit more?  Why not pop on over to our Salt Products and Salt Recipe sections?