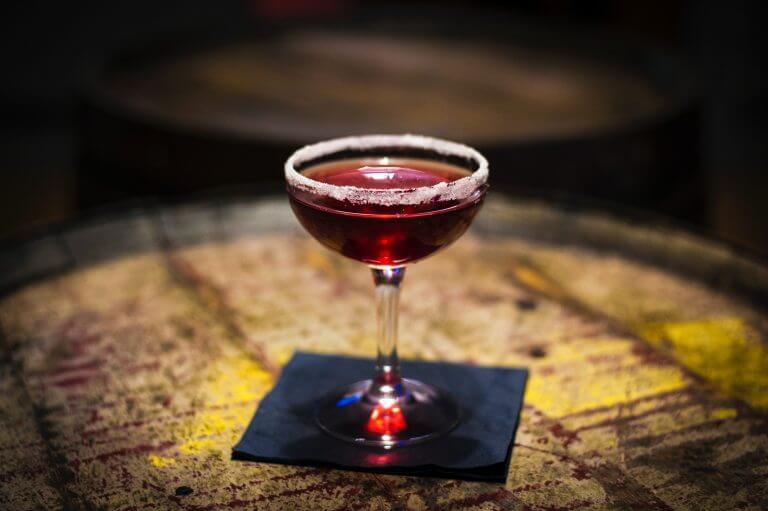 What is more festive than a Spiced Cranberry Margarita at Christmas? And moreover, if you add the sea salt rim it adds a level of texture and taste not found in other cocktails. Also, if you would like a more festive taste you can add in some cinnamon syrup too. Are you interested? Well, why don’t you read on as we have just the perfect drink for you.

This recipe makes one cocktail serving – but we bet you will want to make more!

For the cinnamon syrup

For the Margarita Cocktail

Okay, you have bought all the ingredients and gathered the equipment together. Now we are ready, so let’s get mixing!

To make the cinnamon syrup

To make the Spice Cranberry Margarita

History of the Margarita Cocktail

Undoubtedly Margaritas are one of the most popular cocktail recipes in the world? This is a drink that can be served in many different ways, but it’s most popular as a frozen beverage.

We have done some research but it should be noted that we have been unable to find out the true history of the margarita. Also as there are many different stories about where this drink originated it is hard to know which one is true. One story says that it was invented in Mexico City, while another story claims that it was created by a man named Don Carlos Orozco at his restaurant called Rancho La Gloria, which was located near Tijuana, Mexico.

How to make a Spiced Cranberry Margarita

The traditional way to make a margarita is to mix tequila, triple sec and fresh lime juice together with ice and serve it with salt on the rim of the glass. However, there are many variations of this recipe depending on what you prefer or what you have available in your house at any given time. You can also add other fruit juices like orange or grapefruit juice to make it sweeter or more sour depending on your taste.

Hopefully, now you know how easy it is to make a traditional Margarita Cocktail. And also how enjoyable it is to drink. Also by adding cranberries and cinnamon syrup you can quickly evoke the magic of Christmas. Or if you want to enjoy this cocktail during the summer months just add a few strawberries, raspberries or any other fruit of your choice. Are you ready to celebrate – then cheers my dears.

If you would you like to read more articles about salt, the many varieties there are and their uses then head on over to Salt Facts and Salt Products to learn more.